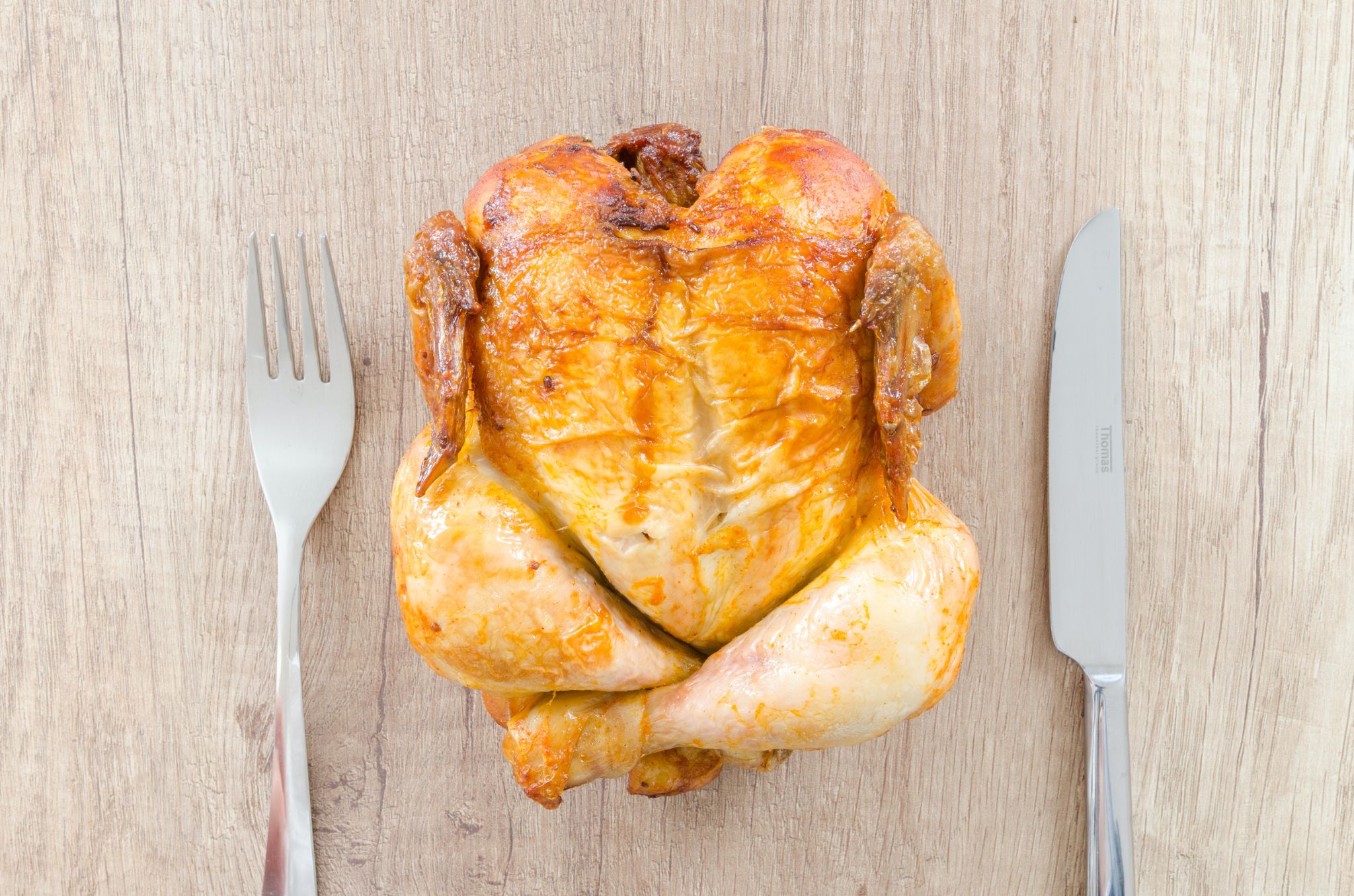 Many of us look forward to a hearty roast chicken dinner. Preparing roast chicken isn’t easy however - many of us have attempted a roast only for it to come out as dry and bland. To avoid further disappointing roasts, why not try some of these tips for making roast chicken taste better?

A good roast chicken needs to be heavily seasoned. Some people aren’t generous enough with seasoning or don’t even season the chicken at all, which can leave it tasting a bit bland. You want to apply quite a bit of seasoning both inside and outside the chicken to really add that burst of flavor.

Which seasoning shall I use? Rock salt and black pepper are the two basic forms of seasoning you need. If you don’t want to conceal the taste of the chicken too much, you can just stick to these staple seasonings. If you want to get more adventurous try extra herbs like rosemary, oregano, thyme, tarragon, truffle salt, cumin and paprika. You can even drizzle it in lemon or use various other sauces.

Slather with oil or butter

Slathering on some oil or butter will help the skin to take on that golden crispy texture. The oil and butter will also melt into the chicken, helping to make the meat juicier.

When applying the oil or butter, apply all over the surface and inside the chicken. Try to put some butter or oil under the skin too to help it penetrate the meat - this is particularly worth doing on the breast to help combat dryness. If you’re trying to be healthy, you may only want to use a small amount of oil or butter. Alternatively, stick to healthier oils like coconut and olive oil as opposed to sunflower and vegetable oil.

Good stuffing will help add extra flavor to the meat and can be a tasty addition on its own. The most popular type of stuffing is sage and onion, but there are various other types of stuffing that you can experiment with such as sausage and apple or mushroom and garlic butter.

You can check out this post for a variety of different stuffing ideas. For that classic stuffing consistency, add breadcrumbs and butter.

At what temperature should you cook roast chicken? This is very much a topic of debate among chefs. Anything from 350 to 450 degrees F (180 to 230 degrees C - which is between gas mark 4 and 8) is good.

Generally speaking, if you want the skin to be crispy but the inside to be moist and juicy, it’s best to set it on a higher temperature (450 degrees F) for about half an hour and then cook for the remainder on a more moderate temperature (350 degrees F).

Every 15 minutes, it’s worth basting the meat. This involves taking some of the juices from the meat and pouring them over the chicken or injecting them into the meat. You can use a basting syringe to do this.

Basting will help add extra succulence to your chicken. It’s more common with turkey at xmas, but can be done with chicken too.

Get the gravy right

You can make your roast chicken all the more delicious by drizzling it with gravy.

There are lots of recipes for chicken gravy that you can try. You check out this post if you want to know how to make homemade chicken gravy from scratch (no need to use pan drippings). Alternatively, you can use a store-bought gravy (this will be less healthy, so bear this in mind).

As not to risk salmonella poisoning, many people tend to be overcautious when cooking chicken, leaving it in the oven for much longer than is needed. If chicken is overcooked it can become dry and will lose its flavor. As a result, you want to try and get the timing just right.

The amount of time you should leave chicken in the oven can depend a lot on the size of the bird and the type of oven you’re using. In most cases, you’re looking at about 75 to 90 minutes of cooking time. Using a food thermometer is the best way to tell if your chicken is cooked - if the temperature of the meat is between 150 degrees F and 160 degrees F, it’s time to take it out.

Leave it to rest

Once the chicken reaches this temperature, do not serve it straight away. Leave it for a further 15 minutes where it will continue to cook as it rests, reaching 165 degrees - at which point you can then start cutting and dishing it up. This resting period will also help all the juices seal into the meat, giving your chicken that succulent texture.